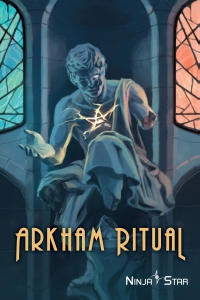 Arkham Ritual is a deduction, bluffing, and press your luck card game about escaping from a horrific ritual worshiping the Great Old One. Designed by Hiroki Kasawa and illustrated by Emily Ling, Arkham Ritual was successfully funded on Kickstarter on March 9th, 2017 with a support from 2484 backers and raised over $32,000.

What is Arkham Ritual?

You are a freelance journalist working in the city of Arkham. One day you hear about a mysterious ritual taking place in the underground cellar of the city’s prestigious Miskatonic University. You and your team decide to infiltrate and investigate the ritual anonymously, in the hope of securing the next exclusive. Without much though, you step into the cellar, but it doesn’t take long before you come to regret your decisions. The cellar is a shrine to ancient god and the horrifying ritual is tearing apart the minds of those who participate, causing them to go insane!

In the dark and musty cellar, worshipers are passing around artifacts. The light is dim so you can’t quite make out the artifacts you are passing around. However, further away in the distance you get a glimpse of what others are holding. You can see the effect these magical artifacts are having on their bearers. You will need to deduce what you’re holding by studying the other worshipers.

Preserve your sanity and escape from the ritual alive!

1 doom track board and marker

How to Play Video 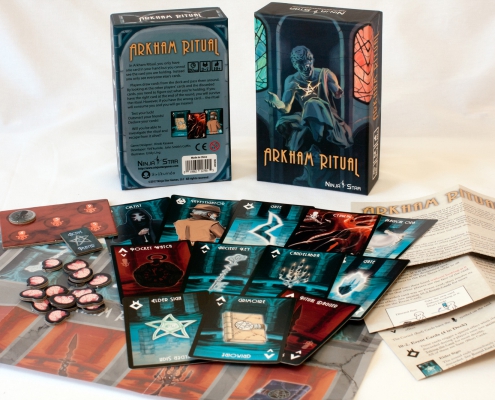 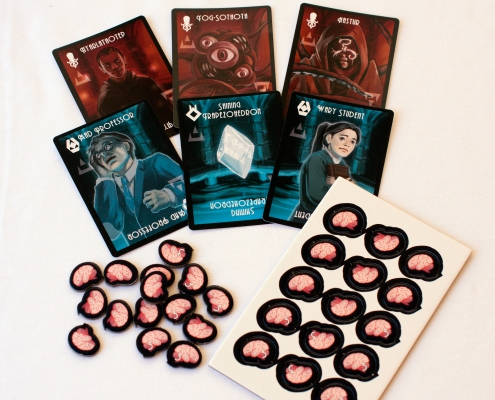 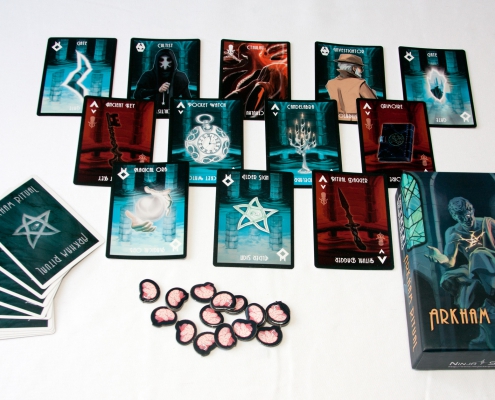 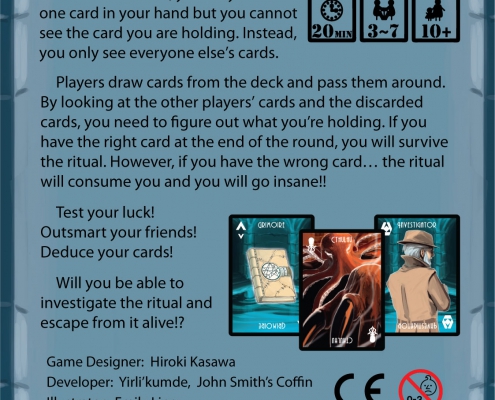