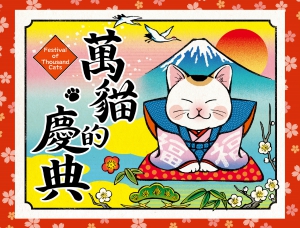 The designer of Wolf & Hound brings you Festival of Thousand Cats, a cat-themed card game about collecting as much food (fish) as you can while enjoying the taste of booze (Sake). The game was originally published by Fukuroudou and was released at Tokyo Game Market 2016 Spring. English/Taiwanese edition is published by The Wood Games and is available for purchase through Ninja Star Games.

What is Festival of Thousand Cats?

Festival of Thousand Cats is a card game where players choose a card from their hand and they all reveal at the same time. Depending on the cards they played, and the cards already revealed in the play area, players score cards either the card they played or the card that was in the play area. Each card has a certain number of food (fish) and booze (Sake), which converts to points at the end of the round. Try to eat as much as you can, but be careful about drinking too much!

Enjoy the feast by collecting “Fish” and “Booze”! Be careful though! Even cats will get plastered if they drink too much! (Always drink responsibly!) Cats all over the country are always looking for their next feast. They love “Fish” and they can’t celebrate without “Booze”. As long as they have those two, they are all happy!

The game is published in Taiwanese/English, with English rules included in the game box. Most components are language independent.

First Taiwanese/English edition published on May 2017 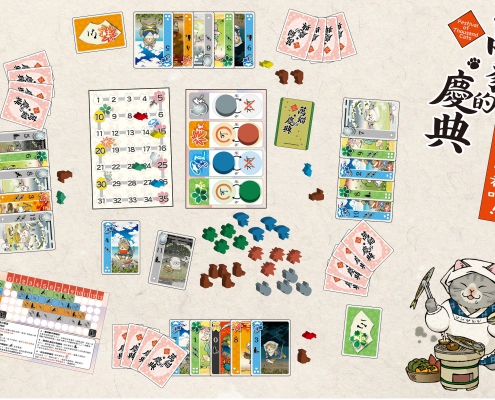 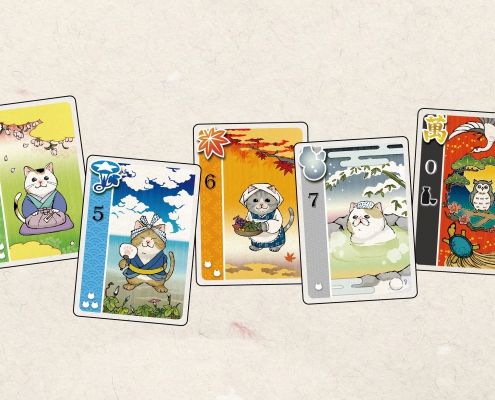