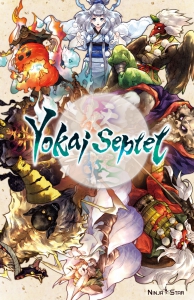 Yokai Septet is a 3 to 4 players trick-taking game about capturing Yokai, spirits and demons appearing in Japanese folklore. Created by the designer of The Majority: Complete Edition, Muneyuki Yokouchi, and illustrated by Yu Yoshikawa, Yokai Septet was successfully funded on Kickstarter with a support from over 500 backers.

What is Yokai Septet?

In Yokai Septet, your goal is to capture high scoring Boss Yokai by strategically playing cards from your hand. Each turn, players play a card from their hand following the rules of the “trick taking games.”

After everyone has played a card, the player who played the strongest card matching the lead suit takes all the cards played this turn. A new turn continues until one of the round’s end condition is met. At the end of the round, the winner of that round is determined.

The winner of the round scores points based on the Boss Yokai they captured. New rounds are played until the game’s end condition is met, which can be either 2 points for a basic game, or 7 points for an advanced game.

Long time ago in the land of rising sun, spirits and demons known as Yokai were harming human lives.

Yokai did not directly attack people, but they were causing supernatural disasters: Yokai caused farmlands to burn, rivers to flood, thunders to roar, and diseases to spread.

One day a chieftain of the nearby village visited you, an Onmyoji, a practitioner of Japanese esoteric cosmology. Through your knowledge of astronomy and occultism, you discover the only way to help save the village. It is simple: the more Yokai you manage to capture, the less the menace caused by these demons. After a few months in the village, you are successful in your efforts; the Yokai menace is completely eradicated in that village!

Then, word reaches you of the havoc being wrecked by the Yokai on your own village. In your absence, the village chieftain has consulted another Onmyoji to help save your village. This is an affront because this is your village and the people under attack are your people. It is your job to save the day! Do not let another Onmyoji save the day and go down in history as the greatest there ever was and the Savior of your village at the time of need.

Compete against your rival Onmyoji and capture as many Yokai as you can!

Preview by Man vs Meeple 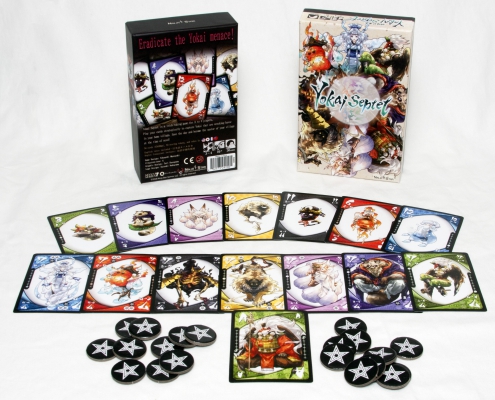 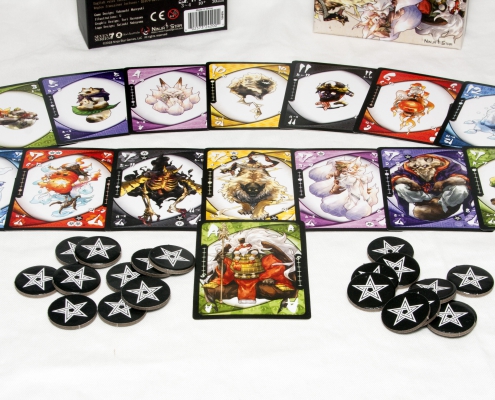 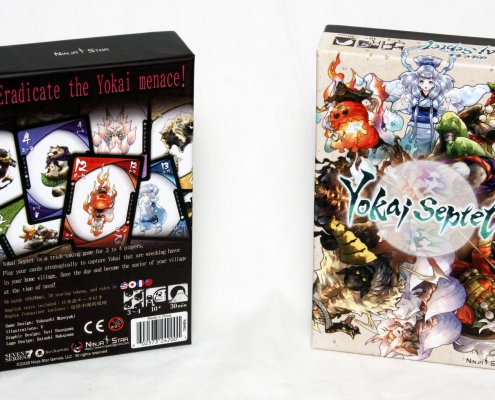 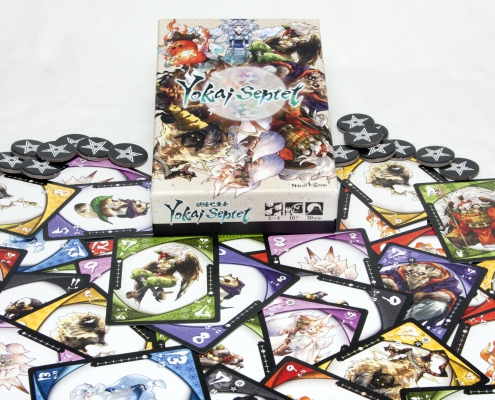 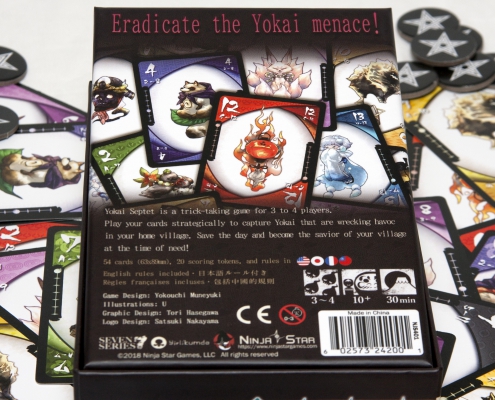 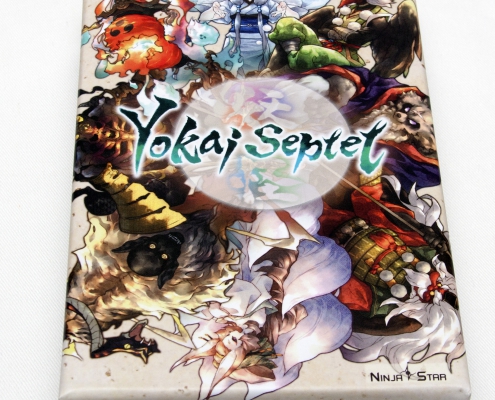 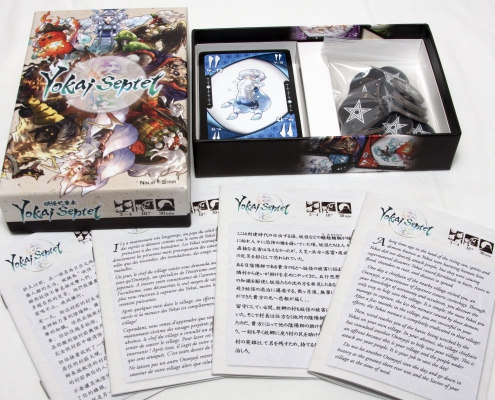 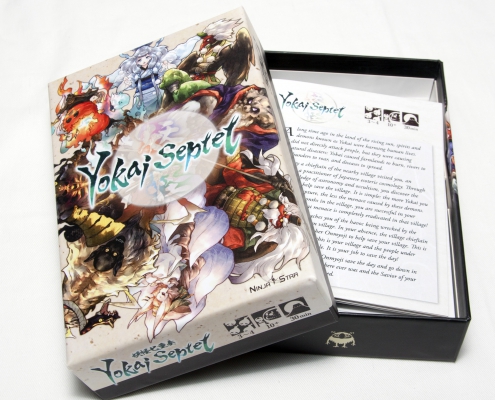