The designer of Wolf & Hound brings you Tooth & Claw: Animals with Civilization, a two player only trick-taking game where you will be placing your battle cards strategically within your military formation. The game is published by Fukuroudou and was released at Tokyo Game Market 2022 Spring. It is available for purchase through Ninja Star Games.

What is Tooth & Claw?

Tooth & Claw is a two player battle card game. Players will be arranging their hands of cards in an optimal battle formation that can defeat the most enemy troops.

In each round the players will be engaging in 7 battles, and after 3 rounds the player who has scored the most achievements wins!

On a planet similar to Earth, an invisible poison was ravaging the world. The invisible poison killed many animals, but it also gave miracles to some species. Within these species eventually evolved intelligence, and these intellectual beings started to form treaties instead of killing and eating the other species. As time passed they formed city-states but with many of them forming came conflicts against each other.

This is the story of a battle between two mighty nations… 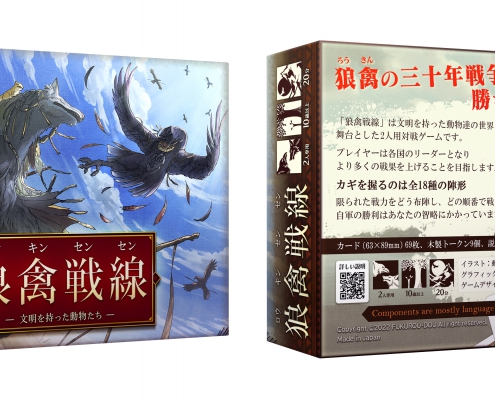