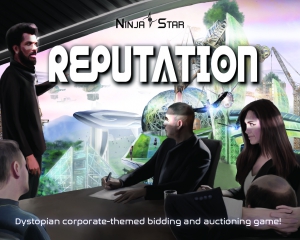 Reputation is a dystopian corporate themed bidding and auctioning game. Designed by Kei Kajino and illustrated by Marco Primo, Reputation was successfully funded on Kickstarter in October 2021!

At the end of the game, you will get sanctioned by the anticorporate group and be eliminated from the race for victory if you have the least reputation! Among the remaining CEOs, the CEO who made the most profit claims victory, and continues to be the elite of the elite!

A strange thing happened when the megacorporations gained enough power to rival independent nations: their CEOs got bored. Out of boredom, they started turning on each other. After one too many hostile takeovers, the CEOs realized that they needed a way to let off steam before they destroyed each other.

Luckily for them, while they were busy fighting, a new threat reared its ugly head: public reputation. Stolen technology-powered anticorporate groups and increasingly insecure governments called for more projects that benefited the public and threatened violent action if their expectations weren’t met. They started taking advantage of the megacorporations to compete with each other to lower the cost of public services and infrastructure projects, and using the excess budget to profit from selfish private projects. Megacorporations that failed to give the impression that they were committed to helping the public weren’t going to last long…

As a megacorporate CEO, you have to balance these Public Sector projects with Private Sector endeavors that help you to meet your true end goals and prosper. Make the best of your megacorporation. Compete for the most valuable and positive reputation projects. But remember: The other CEOs are not your friends, and will hang you out to dry if the anticorporate and various governments deem you too selfish and come for you…

First English edition will be published in Q2, 2022

The core mechanics is based off of Bidders! released in Japan in 2015 from One More Game 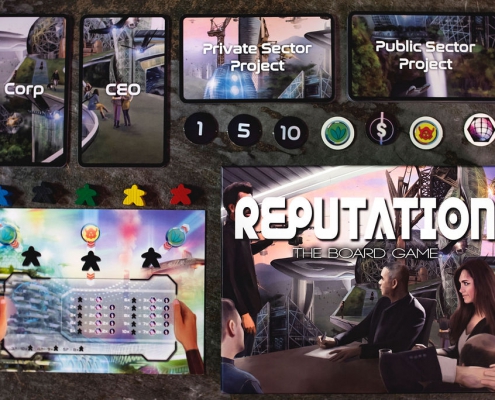 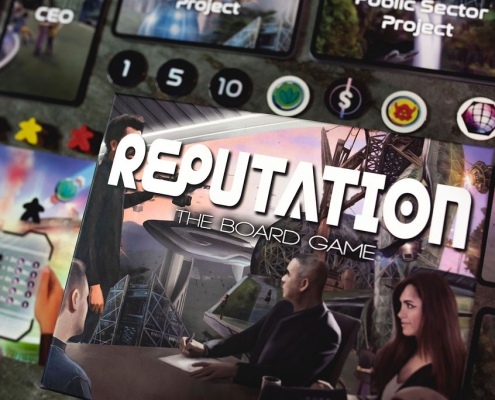 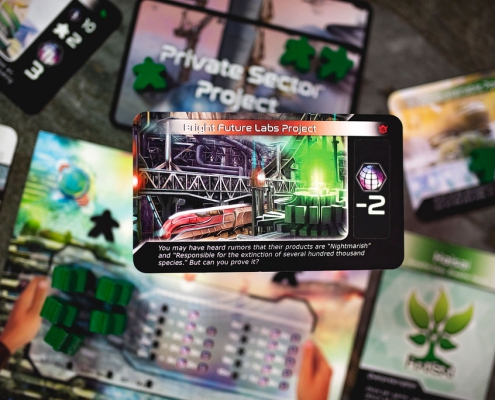 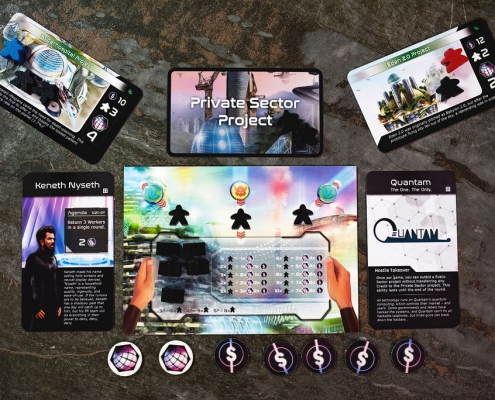 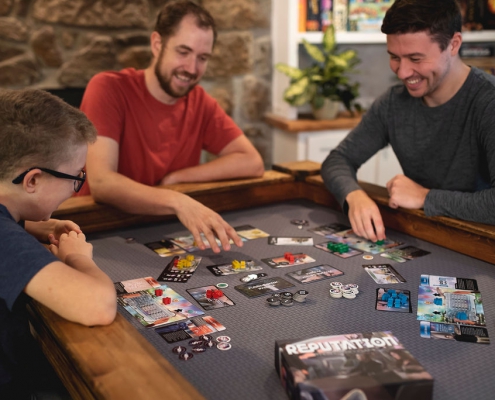 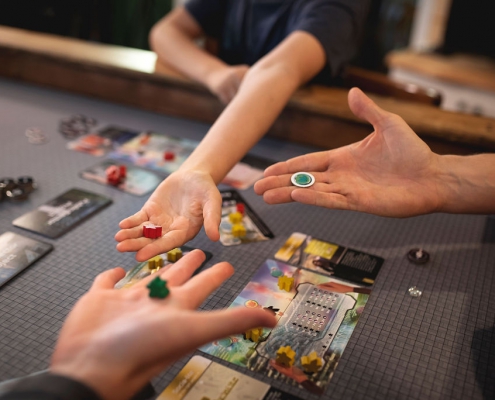 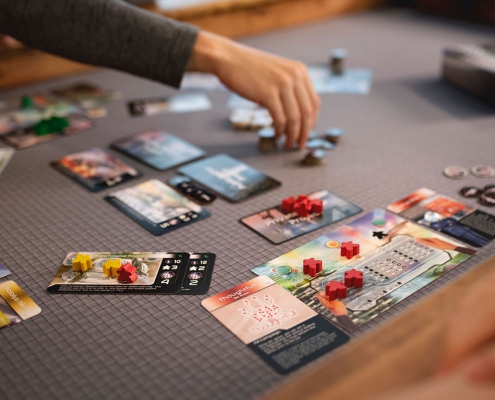 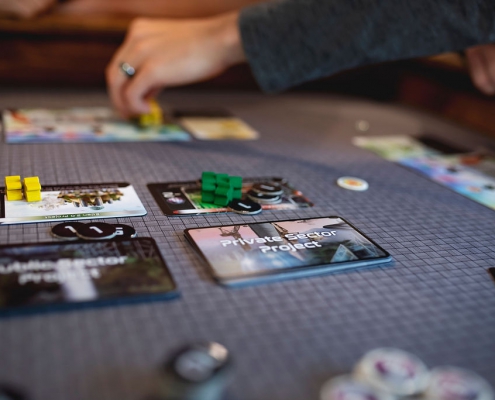